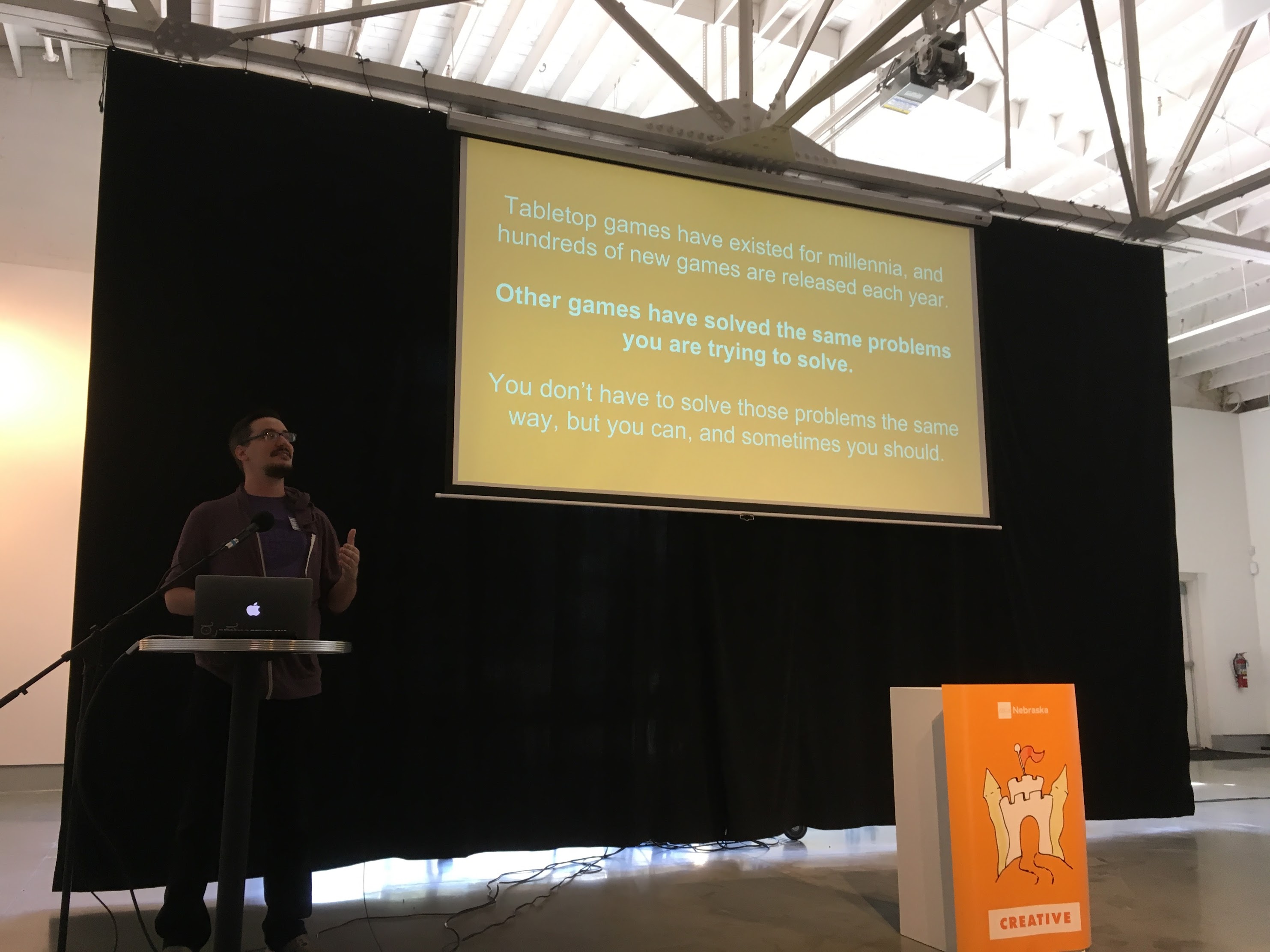 Barcamp 2016 was held at The Kaneko in downtown Omaha, organized by the tech and design community, largely AIGA, Flywheel and Agape Red. My friend, Ben Stevinson, seemed to be integrally involved in the coordination of the event. It was a great time to reconnect with some people and see new people who are interested in sharing their thoughts and experiences. Plus, it reminded me of how much I love living in Omaha, especially so close to the downtown. For $15, I was able to hang out with cool, smart people who are interested in making their communities and themselves better, have breakfast and lunch, good coffee and snacks, and get a t-shirt. Plus, it reaffirms just how varied and strong is the creative community here in Omaha.
The following are my sketchy notes on the event.

This is like a much better version of flexbox. It is not ready for implementation yet, but is an enhancement to web design that will make laying out pages much easier and logical.
I’ll definitely keep track of this now that I know it exists, but it’s not ready for production environments yet.

Andrew Yolland on UX and Board Game design (@ayolland)

Beth introduced some of her bad ideas: amputated leg lamp or Fecesbook, but also challenged us to not neglect our own bad ideas.

Craig Hughes on the importance of objects

Craig is a design anthropologist who asked students who were in their first year of college if they could only take one thing with them to college, what would it be. The irreplaceable value we place on objects in which we have imbued with meaning or value through use.

With lots of examples from The Flat Earth Society, Zach showed how nonsense can take root and spread on the web and how people might avoid being taken in. As for convincing others? Yeah, good luck with that.

People I talked to:
Steve with the pi and i shirt
Ben Stevinson
Jeff Spiehs
Ben Leuders from Fruitful
Ben from Bench
Dave Burchell from Creighton
Justin Duster from UP
Zach Leatherman (who was also at Dylan Baumann’s talk about CSS Grid}